Tips to Improve Map Awareness in League of Legends

You know what they say; form is temporary, but skills are permanent. With League of Legends, those skills can include a lot of things. Having a strong Map Awareness is no less than a skill. Doesn’t matter if you own a crazy SteelSeries gaming mouse or some other high end gaming peripheral, your map awareness is all about your understanding and focus on the map and game, regardless of whether you’re farming or in a fight. 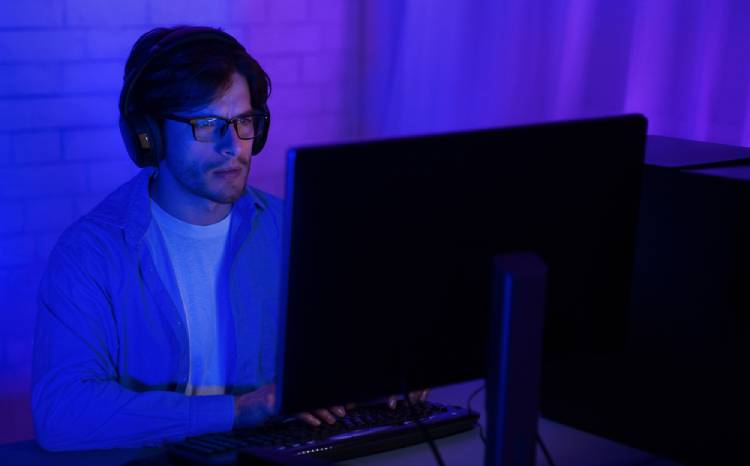 There are a few different things you can do to improve Map Awareness in League of Legends. Of course, it takes practice and patience. But you’ll only be a better player by the end of it. So here are some of the things you could do.

This is something which applies to many games in different ways. It’s actually one of the most underrated ways to learn and develop as a gamer. Mostly because we all just want to play all the time. But watching live streams of pros on platforms like Lol Esports and Twitch.tv really helps a lot too. Switch between different camera angles to learn and understand their movements, how they react in different situations and the nature of their actions in general.

Map awareness in league of legends also relies on strong hand-eye coordination and a high level of Actions Per Minute (APM). Sure, you won’t have the same level of skills as the pros. The idea is to learn from their game. With practice, your APM can very well improve. Making use of eyetrackers is a great way to improve map awareness. Watching pros and tracking their eye movements in the maps will teach you how to make the most of your skill and co-ordinate with your teams, be it while farming or being in a battle.

Get Rid Of Distractions

One of the reasons for lack of awareness is often the various distractions. This can very well be in the form of the annoying chat. Sure, it’s important to communicate with the team. But sometimes, the chat can be full of unnecessary bantering and useless information. It can be a massive distraction at times and stops you from focusing on what’s happening on the screen and in the game. So depending on who you are playing with, muting all chats might be helpful in improving awareness.

An alternative to this could be relying more on pings and using the in-game custom sound features. Fortunately, Riot has enabled gamers to customise in-game sounds. It works differently for everyone so you can use it in a way that suits you. If the player pings are really annoying and distracting, you could simply block it. You could do the same with ambient sounds too, depending on whether it affects your gameplay and focus levels or not.

Don’t underestimate the power of the in-game mini map on the bottom right corner of the screen. One of the most important parts of League of Legends and improving map awareness is to constantly follow the minimap. For new players, it might take time. Switching between 2 parts of the screen can be challenging but this takes practice and discipline. Ideally, make sure you check the minimap every 3-5 seconds. As you keep getting better, you will reach a point where you are voluntarily checking the map as frequently as possible.

Planning to invade your opponent’s jungle or simply laning? Your map will help you stay aware in most situations. Except the combat situation against an opponent player where your focus on the map will be lesser. If the mini-map is a little too tiny for you, the game also allows you to customize the size. So you can increase it a little. A lot of players do that as it’s very crucial to planning your move or supporting your team. So make it as prominent as you want, as long as it doesn’t affect the main screen. Find that balance.

This is one of the crucial elements which helps a lot if you want to improve map awareness in League of Legends. Knowing how to use the function keys and customise it accordingly will help you understand where your teammates are and what’s happening around them. This, in essence, is a productive method to keep a track of the various lanes in the map.

Cycling through champions helps a lot and having the right keybindings makes this process more efficient. Without knowing the positions and situations of your teammates, the process of improving map awareness remains incomplete. The default settings might not necessarily be the most ideal one. You can customize F1 - F4 to showcase each member of your team.

See also: How Many Champions Are in League of Legends

At the same time, it’s important to ensure that the camera is not fixated on your mates, while forgetting your champion completely.

They are not interconnected but are two important elements. First one being the Tab key. It’s a great way to stay up to date with information like the Creep Score, whose dominating the lanes, the respawn time of the Jungler and even the basic scoreboard. By keeping a track of your opponents through the Tab key, you can also discover if they have warm control or buying inventory or armours. Basically, these kinds of details will help you plan your next move or make any tactical changes within the game.

A lot of pros talk about how playing as a Jungle or even as a Support for that matter helps improve your general map awareness. They are definitely true. These are the two roles which involve strong coordination with teammates and enable you to have watchful eyes on the entire team. Keeping a track of the lanes, using opportunities to rotate lanes, ganking the opponents are just some of the elements of the roles that help build map awareness in general. But play these roles as much as possible and in general, practice different roles as often as possible to get enough perspective on the entire game and the map.