League of Legends Tips for Beginners

Every pro was once a noob. That’s the truth. But for that transformation to happen, there are many-a-lanes to get through and a jungle full of defeats. However, that doesn’t mean you can’t make the journey smoother and more enjoyable. League of Legends is arguably the most complex game out there. There are many elements to remember in this multiplayer online battle arena. 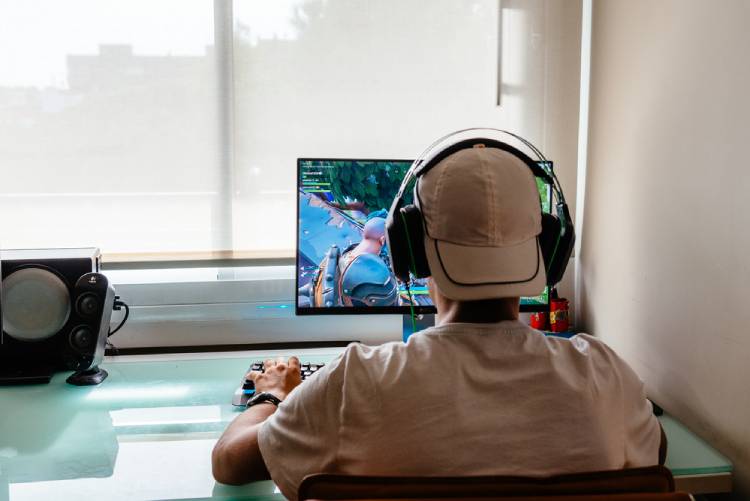 The challenge and complexity of the game is what makes it one of the most popular games across the globe. And we’re here to tell you, should you be ready to take up this glorious challenge, that you too can! So here are some League of Legends tips for beginners that you can follow if you’re just starting out or are fairly a newbie.

Basics Of The Game

LoL is a team game involving 2 teams of 5 players each, trying to infiltrate and destroy the enemy camp. Since it’s a multiplayer game, it needs a lot of tactics and real time strategies. The game also includes various items and inventories that can be purchased throughout, under certain circumstances and limitations. These different items and resources are what help different characters to gain valuable skills, abilities and experience to do as much damage possible to the opponent team.

LoL has different maps, characters and inventories which are all unique in their own ways. Summoner’s Rift is one name you will come across a lot since it’s one of the most common maps that the game is played on. You can die multiple times during the game. Every time you die, there’s a certain spot in the game you respawn. This spot is called the fountain, which has multiple purposes. Firstly, it’s the respawn zone. Secondly, it’s where you buy stuff. Thirdly, players can revisit the fountain, to heal their characters, during the game itself.

League of Legends is packed with a variety of different characters with unique abilities. These characters are called Champions in the game. In total, there are 140 Champions and Riot games have designed the Champions in such a way that they are all suited for some role or the other.

The way it works is, both the teams are given a number of characters to choose from, before the game starts. So depending on what Champions are available, your team, your role within the team and your personal preference, you choose a Champion.

As you keep playing the game and exploring the different characters, you’ll understand how interesting and detailed LoL is. This will also help you discover your personal style and strengths within the game as well. And you’ll also eventually learn the importance of characters in strategies.

LoL is a team game that functions mainly in a 5v5 format. Each member of a team plays a certain role in the game. These are the 5 roles in League of Legends.

AD Carry (The Marksman): Whoever plays this role would have the primary responsibility of taking out the opponents and their marksman. Fondly called by gamers as ADCs, which stands for Attack Damage Carry, the Marksman is a role which relies on Support, in order to become stronger by gaining gold within the game.

The Support: Burdened with the responsibility of selfless sacrifice, a Support is meant to stick with the ADC, collect gold for the ADC, slow the opponents down or even die to keep the Marksman alive. If you’re good, you’ll help him make kills instead. Both usually take care of the same lane.

The Jungler: The one that helps and backs the lanes is the Jungler. In LoL terms, jungling involves killing the minions and monsters that are neutral to gain gold and XP. At the same time, the role of a Jungler also involves sneaking behind the enemy in battles, to support a particular lane.

The Tank (Bruiser/Solo Top/): A role that’s known to be the executor of the famous CC, which means Crowd Control. Basically, CC means that the Tank would do stuff to decrease the skills and powers of the opponents for a period of time. The Bruiser name comes from that fact that this role is the one that bruises, stuns and slows the opponents.

The Mid Laner (APC): Majorly a solo role, which need not rely on Support, in contrast to an ADC. An APC, which stands for Ability Power Carry, is also a mobile role, similar to the jungler. The role occupies mid lane, allowing the person to rotate and provide backup wherever necessary.

On a very basic level, the lanes in a League of Legends game would be the different areas within a map. The various lanes in the game are Top Lane, Mid Lane and Bot Lane. Each lane is specific to the one or two of the roles we mentioned above. As some of the names clearly suggest, APC plays in the Mid Lane, Tank plays in the Top Lane and the ADC plays in the Bot Lane alongside the Support.

Keep in mind that these are just the more common and general roles associated with each lane. If you go deeper into the game, there are roles within roles. But for now, we’ll keep that aside. Keep in mind that sometimes, players like to experiment with tactics and strategies. So sometimes, an ADC can even take Top Lane and other such changes do happen.

Beyond these, there’s something called Jungle, which is kind of like between the lanes. It’s also a part of the game and as explained earlier, there’s an entire role dedicated to it. Even that has further layers where a jungler can be a tank, a bruiser or an assassin. But don’t get confused. For now, that’s secondary. Just remember that the jungler is the flexible and mobile role who usually moves around the lanes to help whenever needed.

It doesn’t matter if the Champion you’ve selected is one of the strongest, in the beginning, every player starts at the same level. In the beginning, you’ll be at Level 1. Then as the game progresses, your level keeps increasing. The final level a player can reach is Level 18. These levels determine the growth of a character with different abilities like health, attack damage, etc. Basically, how much can a character do, how much hit they can take and damage they can inflict.

Leveling up increasing the statistics and abilities of a Champion. For this to happen, they have to gain some XP, which is experience. So everytime you kill an opponent, assist in the kill of an opponent or even kill some minions, you earn some XP. This functions on an individual level where only the player making the final kill gets the XP. However, teams have towers in the game, known as Turrets. So when that is destroyed, all 5 players of the team gain some XP.

If we have to be honest, this barely even scratched the surface of League of Legends. That’s how layered, complex, yet exciting the game is. But it can be an information overload if you try to consume too much. So to begin with, keep these pointers in mind and just start playing. Get a feel of the game, stick to these basics and then slowly, at your own pace, keep exploring different aspects of the game. You will have to be patient, but you will eventually grasp different aspects of the game. But most important, GL HF!