If your only experience playing LoL has been on an ancient laptop, the game probably hasn't been quite as fun as it could be. League of Legends may not be the most hardware-intensive product out there right now but it does require a reasonably good rig in order to have a great experience. If you're looking for something that's specifically tailored to playing League of Legends, you'll want to get picky about the parts that you pick. Below are some guidelines for creating the best PC Setup for League of Legends. 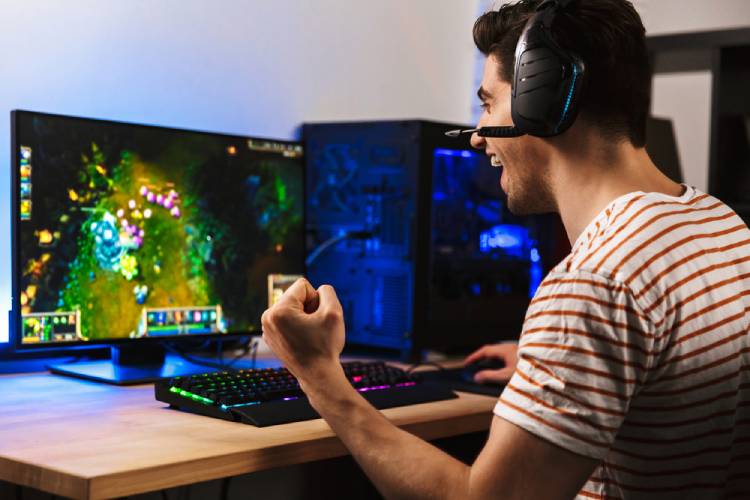 The best way to get started building your own League-ready PC is to take a look at the game's requirements. The basic requirements are going to give you a reasonably good experience, but the closer you get to the recommended specs the better. The recommended specs are obviously going to give you both the best possible performance as well as the best visual experience, so building towards those specs is usually recommended.

The good news here is that even the recommended requirements for League of Legends are pretty memorable. You're going to be able to run the game on virtually any out-of-the-box computer that's on the market right now and it won't take a huge investment to get you up and running at the recommended speed. As long as your PC has 4GB of RAM and a 3.0 GHz processor, League's going to be a comfortable addition to your gaming roster.

What to Keep in Mind as You Build

While the performance for League is actually pretty solid across the board, it's a good idea to know what you're building to as you go forward. Every player has his or her own special goals when putting together a computer and knowing exactly what you want is going to help you to find the right parts.

League isn't a game that particularly benefits from going after a 4K build. Though there are certainly some high-end parts that can get you there, it's overkill for League of Legends. Most players are going to focus on getting a build that provides for solid 1080p visual performance and that will do so at a framerate that matches their monitors.

The base goal for most players is going to be a consistent 60 framers per second on a 1080p monitor. If you've got a 144Hz monitor or a 240Hz monitor, though, you'll need to be shooting for 144 or 240 FPS in order to get the kind of experience that you want. Not every player is going to have the exact same requirements, though, so always make sure that your build targets specifically the type of performance you want.

Recommended GPUs for League of Legends

League of Legends isn't exactly going to be putting your graphics card to the test, so you absolutely don't need to feel like you have to drop a few thousand dollars to get the ideal League experience. There are some really solid graphics cards that are great for the game, though, and most of them are old enough that you can find them for a very reasonable price. If you're looking for the current recommendations from real players, though, you'll want to take a look at the following:

For 60 Frames per Second: Basically anything; the recommended NVIDIA GeForce 8800 or AMD Radeon HD 5670 will work well, but even some integrated cards will give you great performance here.

Recommended CPUs for League of Legends

League of Legends has a reputation for being able to run on a potato, though the modern iteration is a little tougher on older computers than it was a few years ago. The good news is that you absolutely don't have to break the bank to get a good processor that's in the 3GHz range. Going bigger can be fun for your older games, but these processor can handle League of Legends at its highest settings.

For 60 Frames per Second: Again, this is going to be pretty much any modern CPU on the market today; if you want something specific, try the AMD Athlon 3000G because it has solid integrated graphics processing.

Recommended RAM for League of Legends

One of the big secrets about League of Legends is that the recommended RAM requirements are actually a whole lot lower than what players actually like. You can happily stick with the 4GB of RAM if you're happy playing at lower settings, but the truth is that going big is usually better. If you're already putting together a gaming PC, try to get in the 16GB range for your RAM. Not only is it going to make your League experience much smoother, but it's going to help you get the most out of your PC when you play other games.

The good news is that things like power supplies and motherboards aren't going to have a huge impact on your League of Legends game, at least insofar as performance is concerned. You'll definitely want to choose a motherboard and power supply that are compatible with the other big components, of course, but you're ultimately going to choose these components in service of your parts rather than in service of the game.

It is generally recommended that you install an SSD for your game, especially if your primary reason for building the PC is playing League. Installing the game to your solid state drive is going to get you into the game faster after booting up, allowing you to save a bit of precious playing time.

It should also be noted that League of Legends requires Windows to run on a PC. Despite the popularity of the game, it hasn't successfully made its way over to Linux quite yet. If you are a Linux user, you may want to think about the steps necessary to get a Windows-only game running on your operating system as you build your new machine.

Finally, make sure that you get a mouse and keyboard that both work ergonomically for you. There's really not one great choice for either, though choosing a programmable mouse with multiple keys is a good way to minimize your input times when playing the game. Beyond that, you'll just want both a mouse and keyboard that are reliable and that can stand up to a lot of use while you're playing League.

See also: How to Fix Lag and Slow Connection in LoL