How Many People Play League of Legends?

There are no prizes for guessing that League of Legends is one of the most popular games in today's times. LoL enjoys an admirable following among loyal gamers who live for this beautiful game. The game has been around for a decade now, launched first in October 2009. League of Legends is equal part fantasy and part punk, attracting a diverse audience.

This is not the only reason why the game is truly fascinating. LoL has some of the most compelling and engaging storylines. It beautifully combines the best of both, RTS (real-time strategy) and RPG (role-play gaming) aspects, to deliver a game that is clearly on its way to becoming one of the most popular games of all time. 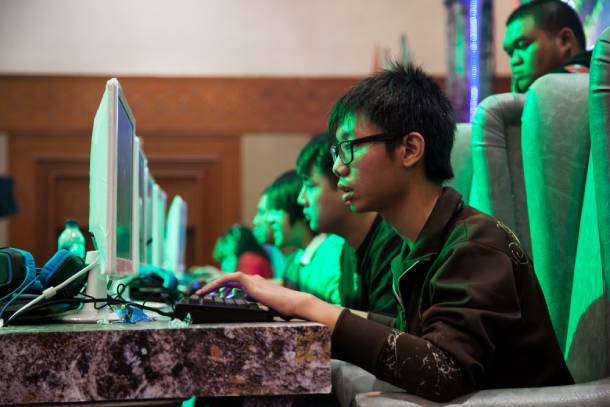 New players who are just discovering League of Legends find themselves quickly hooked onto this captivating game. Players start from the bottom and make their way up to the top of the pyramid. League of Legends is also lauded for being a 3 dimensional game with multiple modes, like a third-person multiplayer online mode and multiplayer online arena mode (MOBA). While there are 3 different modes, the core of the game remains the same. Use the champions assigned or choose champions to win your matches, leverage the abilities of your champions to grow within the ranks and ultimately destroy the opponents power source.

What truly makes LoL exciting is its reach and wide number of gamers who actively play it. That’s a huge reason why this game is fiercely competitive. You can aspire to grow and reach the absolute pinnacle of this game, by competing with the best League of Legends players from across the globe. LoL holds the distinction for being one of the most popular games in the world. Millions of players sign-in to play League of Legends from a whopping 145 countries. These numbers are no mean feat and are a testament to the developers and the entire LoL community who have helped improve the game.

So How many people play League of Legends?

According to Riot Games, (Developers of LoL), League of Legends is on top of the list, when it comes to most active players worldwide. They have been on top for a while now. The numbers come from Riot servers and are classified to give a count on the number of daily players, weekly and monthly players. There’s more than one way to count the number of players that play LoL. The best and the most accurate way to understand the numbers of players in the league have come from Riot Games.

It is estimated that more than 100 million players play League of Legends in 2020. The numbers are speculative in nature. They can only be confirmed once Riot Games announce an official statistic on the number of users. However, the speculation is that despite the growth in popularity of games like PUBG and Fortnite, League of Legends is comfortably parched between 102 and 112 million players.

These numbers are extremely impressive if you compare the longevity of the game and the numbers of some of its closest rivals. For example, DOTA 2 and Overwatch have player pools closer to the 15 million mark. League of Legends has a following that is literally second to none. In the 2019 World Championship Finals, LoL set the record for the most Average Minute Audience AMA), at 21.8 million viewers, and this is one whole year ago. LoL’s numbers are expected to only have gotten stronger in 2020, with the advent of the Novel Coronavirus pandemic outbreak. Riot Games have seen and even struggled with an unprecedented surge in demand for playing League of Legends. Players have had to deal with longer than average queue times to get into the game.

To understand why the game is still relevant and growing strong today, let's look at the numbers from the past. It will give us a better idea about why LoL has become arguably the most played PC game of all time.

All the numbers shared below are shared officially by Riot Games, and are not speculated by third party tools or websites.

2013 - The only announcement by Riot Games was that peak concurrent players had crossed the 5 Million mark. They did not disclose any other numbers. 2014 - League of Legends had 67 Million players, while data on registered users was not shared. 27 Million daily players, 67 Million monthly players and 8 Million peak concurrent players led to the game continuing to showcase an unprecedented growth.

Since 2014, Riot have released the official numbers. In an interview in 2016, the company's co-founders shared that LoL had crossed the 100 Million players mark. In September last year, Eurogamer reported that League of Legends led the rankings for peak concurrent users, with 8 Million users per day.

Based on the meteoric rise in the number of users that League of Legends acquires year on year, it would be safe to imagine that they are close to, or have already crossed the 115 Million users mark. While there are a lot of variables to getting the actual number of people that play this thrilling game, one thing is for certain. Even a whole decade after League of Legends spawned into the world of PC gaming, It’s comfortably the most popular game. It’s safe to say that League of Legends remains the game to beat, not just in 2020, but also in the years that will follow.

Find the Live latency on your server - LOL Ping Test